Last year, we interviewed Rico Petrini, President of Anthony & Sons General Contractors, Inc., who shared that they were struggling integrating their accounting finance functions, field functions, and project management tools in one platform.

After trying many times, they always encountered issues migrating their data.

They knew they needed a more efficient, better, and faster platform that will improve the management of their projects, as well as, adapt to their current size and anticipated growth. That was when they found RedTeam.

Since then, they have been very happy and wanted to share some updates with us.

Anthony & Son’s General Contractors, Inc. (ASI), based out of West Sacramento, is a 20-employee commercial general contractor that is growing rapidly. The company is growing without increasing staff by creating efficiencies that comes from having a software that integrates all aspects of the company under one umbrella.

“The first thing we noticed when we started using RedTeam is how much time it was saving us and that time savings allowed the company to grow without hiring new staff,” says Joel Anzelc, Vice President, ASI. “We were inefficient before using RedTeam. We went from scanning documents and uploading it to our servers to pushing something to the cloud with the touch of a button.”

Having all the correct information at your fingertips saves a lot of time. The RedTeam online plan room is great at eliminating rework and downtime caused by having incorrect or outdated information.

For example, previous to using RedTeam, on one ASI project, an architect had responded to a concern by the city in which the project was located and made plan check changes but didn’t tell ASI or the owner. So, the plans that were on-site and in the RedTeam plan room were different from the plan check set.

“We discovered that there were two sets of plans after one week of work when the architect responded to a request for information from a subcontractor and realized we didn’t have their most current set of plans,” says Anzelc. “Having a plan room that gives all parties access to the most recent plans and changes avoids scenarios like this from happening.”

Anzelc also says communication is greatly improved. Subcontractors can easily communicate with architects to resolve issues. You can see who has opened an email. If someone hasn’t opened it, you can call them to make sure they get the information. By improving communication, decisions get made sooner and issues are resolved more quickly and the company saves time by avoiding downtime and rework.

Anzelc also credits RedTeam’s ability to easily integrate with other key software, such as PlanGrid, Docusign, and QuickBooks, as well as the elimination of local servers, as other time-saving and profit-enhancing features of using RedTeam. “Our company has seen a 2.5 percent gain in profit since using RedTeam,” he says.

Anzelc says the company wanted a software that would integrate everything into one place, so they could see cash flow, project status, schedules, each department’s activity and more from a single source. “With RedTeam, we can see what is happening across the entire company with the click of a button,” says Anzelc.

Having a single source for information that is cloud-based allows employees to work virtually anywhere at any time and still be connected to the rest of the team and to have the current and correct information at their fingertips.

“It is critical to have something anyone can use at any time and have all information and tasks under one umbrella,” says Anzelc. Before RedTeam, project management was by itself, accounting was by itself, estimating was by itself and field systems were by themselves. Estimators and project managers would update budgets to accounting on a monthly basis and they would ask them what was being billed, because they didn’t have a clear view of the progress of projects.

“The biggest benefit for us is that we can see what is happening on our projects on a daily basis,” says Anzelc. “If there is an issue, we can document it. By being able to document issues from the field and to be able to instantly communicate the issue to all relevant parties, the company can resolve issues more quickly, decrease downtime, and save money. Having the most current plans in the field decreases rework, thereby saving time and money.”

“The first thing we noticed when we started using RedTeam is how much time it was saving us and that time savings allowed the company to grow without hiring new staff,” says Joel Anzelc, Vice President, ASI. “We were inefficient before using RedTeam. We went from scanning documents and uploading it to our servers to pushing something to the cloud with the touch of a button.” 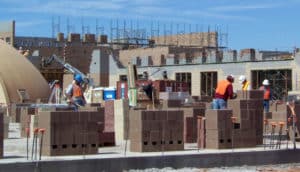 Odyssey Global uses RedTeam to Manage Every Aspect of Their Projects. 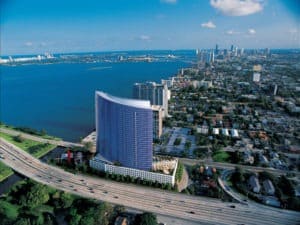 THE POWER OF CONSTRUCTION MANAGEMENT SOFTWARE

These are only a handful of reasons why we have over 100,000+ Users on RedTeam.