How Would We Build Stonehenge Today? 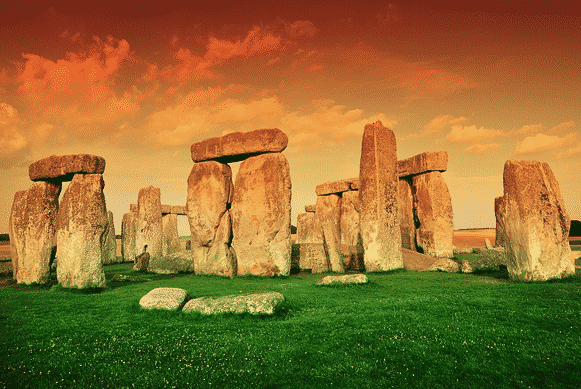 Was Stonehenge a celestial observatory, a place of healing, or a holy site? Was it created by magic, an army of men, or aliens (and if so, can we get those aliens back, please)? The monument in southern England, which attracts almost a million visitors a year, continues to confound experts as to how and why it was built.

While the science is not completely settled, there are some reliable theories that explain how massive stones were transported, some as far as 240 miles away, and erected without modern day engineering advances or construction expertise.

The first stage consisted of earthwork: ditch-digging, a bank, and some round pits in the chalk.

The second stage consisted of setting up two rings at the center of the site. The rings were made of about 80 bluestones, some weighing up to 4 tons, brought from Wales.

Since the wheel, pulleys, and diesel engines hadn’t yet been invented, most theories agree that construction took brute strength and many oxen to place these large stones. Tools that were probably used include wooden cranks, timber rafts, and stone axes.

However, Wally Wallington, a retired construction worker, has generated a lot of attention, including appearances on the Discovery Channel and his own YouTube videos, for his theory and recreation of how Stonehenge was built. Wally discovered that using simple wooden handles and a small stone as a tiny fulcrum would enable him to move a 19,200 pound block by himself.

One theory proposes that basket-like wicker cages were used to transport the bluestones over land and water. Yet another theory believes that laborers used wooden or stone balls, like ball bearings, and long, grooved planks to create a track where oxen could carry rocks up to 10 miles a day.

How would we build Stonehenge today?

The answer may be found in the archives when Stonehenge underwent rehabilitation in the 1950s. The largest crane in England was brought in to lift the massive rocks.

In addition to advanced construction equipment, winches and steel cables would be used today. However, some things that were used to build this Megalithic structure are still commonly used: plenty of manual labor, simple wooden tools, and good old physics.

Take Construction Photos you Can Brag About

The building business translates much better visually than it does textually. But how do you capture progress and shine the best possible light on your 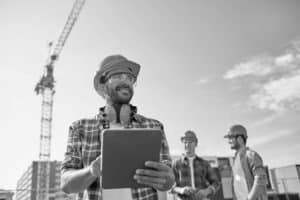 Guess How Much of Your IKEA Catalog is 3D-Rendered

The construction industry is using more and more 3D graphics all the time. But we’re used to seeing color-coded plans and illustrative renderings—nothing anybody would mistake for a photo