Construction disputes, claims, and litigation can quickly turn into a battle of “he-said, she-said,” ultimately eliminating the validity of each party’s claims. These disputes can turn into hundreds of thousands, if not millions, of dollars in litigation costs. A 2020 Global Construction Disputes Report by Arcadis revealed that the average value of disputes in North America rose from $16.3 million in 2018 to $18.8 million in 2019. The time to resolve construction disputes in the region also increased from 15.2 months in 2018 to 17.6 months in 2019. The report noted that poorly drafted or incomplete, and unsubstantiated claims became the top cause of construction disputes in 2019.

Construction risk is everywhere and is often found in:

In the construction industry, document formation is often an inconsistently managed, manual process that can expose contractors to risk.

There are thousands of activities and essential details associated with every construction project. The method GCs use to document all of these moving parts can make or break the successful delivery of projects. From daily logs to field reports to meeting minutes and change orders, everything needs to be documented. This is especially true of anything that could be construed as a contract modification, any sort of schedule change, or anything that would affect the performance of the work.

Documentation, always important for managing risk in construction projects large and small in the best of times, is crucial in the worst of times when forces outside a GC’s control impact projects. With project delays, material shortages, increased costs, and other issues fueled by the pandemic, proper documentation is absolutely critical for accessing detailed reports on the impact of the virus on projects.

Without centralizing communication workflows, GCs can lose track of their projects, resulting in costly delays and reduced productivity.

A report released by FMI and PlanGrid revealed that construction professionals spend 35% of their time on non-optimal activities like looking for project information and data, conflict resolution, and dealing with mistakes and rework. This non-optimal activity accounts for $177.5 billion in labor costs per year in the U.S. alone.

Rework, in particular, is one of the issues which has a major impact on project profitability. The same report estimated that $31.3 billion of rework in the U.S. in 2018 was caused by poor data and miscommunication.

Poor document tracking can result in excessive time searching through filing cabinets for information, misplaced and lost files, and elevated stress levels as project stakeholders struggle to find the data they need.

Without clear documentation, communication erodes, and risk rises. Consider that there could be hundreds of change orders, for each construction project, and each change could add hundreds of pages to a contract. Proper creation and management of documents help minimize the miscommunication and arguments that halt work and cause project delays.

Lack of integration creates data silos that block the flow of critical information resulting in a productivity-killing lack of visibility for the project team. The distributed nature of construction projects often creates a fragmentation of information, leading to errors and inefficiencies that cause major headaches for contractors.

Construction is a risky industry where managing projects means managing risk. The complexity of construction projects of all types and sizes creates an ever-present environment of uncertainty and risk. That’s why we created Construction Risk 101: Understanding Risk Management to help your company increase efficiency and productivity in your project workflows! 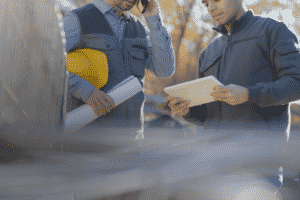 To avoid a lengthy and expensive litigation process, it is absolutely crucial for GCs to invest in their infrastructure for managing contracts and performance documentation. 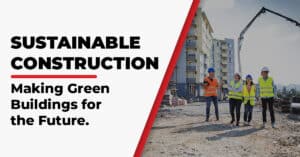 Companies across all industries face rising pressure from governments and consumers to become more environmentally friendly. The construction industry is no exception and it has