Infrastructure projects such as the Orlando International Airport terminal expansion, the 21-mile I-4 makeover, the Virgin Trains Orlando to Miami expansion, and even plans to build a 3D rocket launch complex at Cape Canaveral are all reflective of a healthy Central Florida construction industry.

Population growth is one of the factors fueling construction in the region. An Orlando Economic Partnership 2030 Insight Into Orlando’s Future report projects that Orlando will add more than 1,500 people to the region every week, bringing the area’s population to over 5.2 million residents by 2030.

A growing population translates to demand build-out of more infrastructure. For example, new school construction will be needed to accommodate the 135,000 additional students projected to be enrolled in area schools by 2030. Increasing migration to the area also fuels the new home construction needed to support new residents. More construction projects mean more construction jobs. The region currently employs approximately 90,000 people and the 2030 report noted that Central Florida will continue to significantly outpace the nation in construction jobs by about 8%.

Another billion-dollar project underway is the 170-mile Virgin Trains Orlando-to-Miami route.  According to the Orlando Business Journal (OBJ), the $4 billion Orlando-to-West Palm Beach expansion is set to be completed in 2022. OBJ reported that this expansion is “expected to create more than 10,000 temporary construction jobs over the life of the project and generate $653 million in federal, state, and local tax revenue. The project will create more than 2,000 permanent jobs post-construction.”

Plans for the Future

From planes, trains, automobiles, and even 3D rockets, the outlook for the Central Florida construction industry is strong. 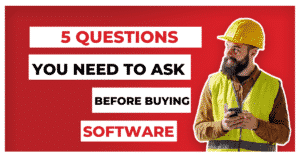 Not long ago, construction management software was symbolized by three things: a pencil, a sheet of paper, and a methodology. However, time marches on, and 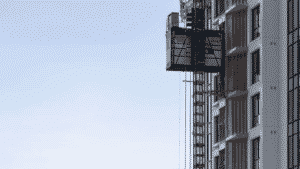 What is Disruption and Does the Construction Industry Need it to Thrive?

This focus on innovation is occurring in all areas of the construction sector from design, to project management, to project execution. 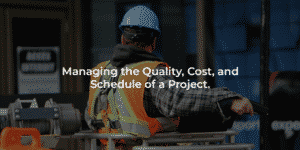 Construction Management at Risk: Make Sure Your Back is Covered

Construction managers start with clear targets for quality, cost, and schedule for their projects, but in order to be successful and profitable, they must first be able to skillfully navigate the inevitable fog created by changes and unforeseen conditions.