Reality Capture in Construction is Even Better Than It Sounds

You might remember our post from late last year, in which we talked about some big construction bloopers. The first on our list was London’s Walkie Talkie, the skyscraper that could fry eggs and melt cars thanks to its unfortunate positioning – a portion of the building’s reflective surface created a laser from the sun’s rays that would beam onto a street below during certain times of the day.

It’s entertaining to read about quirky bloopers like that…but not so entertaining when they happen to your project and you have to answer for them. Your own jobsite mistakes are likely not as extreme as Walkie Talkie, but having the technology to understand problems before they occur is money for any contractor. The good news – reality capture technology, or intelligent 3D – is becoming more widely used by construction industry tech enthusiasts, and it won’t be long before it becomes an essential tool on every jobsite.

What Is Reality Capture?

Put simply, reality capture is a scan of your build site to detect challenges and site conditions that could affect your project. Using reality capture technology, you can create a 3D model of your site, and manipulate it to see how various environmental factors might affect the structure of your building.

Reality capture is also handy during the build, to help you with quality control and make sure each phase of the project is within its limits — so you can catch any potential mistakes before they become disasters.

By taking the sun’s position at various times of day into account, it’s possible reality capture could have prevented the Walkie Talkie issue.

Before you’ve even broken ground on your project, you can use reality capture to see if there are any structural or geological issues that might affect your project. For example, this technology can help monitor seismic events, thermal changes (and sun position on different parts of the site), and freezing/thawing that could cause shifting of the earth and result in damage.

It can also help you come up with a 3D model of the site, on which you can “build” a virtual model of the planned building. This helps you decide on the right layout and materials to work with the site’s unique conditions.

Probably the most useful benefit that this technology provides is the ability to prevent mistakes before they occur. As noted in a case study written by a group of Carnegie Mellon University researchers, many construction defects happen during the building process. Technology like reality capture, that allows you to pull more thorough site data, can help prevent these defects and save you a bundle on costly rework.

The 3D model created by your scan can identify differences in measurements between what’s actually on the site and what’s listed on your design — avoiding a potential disaster when the project gets underway. You can also embed sensors around the site and in the building to keep an eye on both progress and the performance of different materials being used in the build.

The ability to catch seemingly minor mistakes early in the construction process can translate to huge savings in both time and money later on. The sooner you find a measurement mistake, the less rework you’ll have to do to correct it. Reality capture technology is becoming more common, thanks to all these benefits. If you haven’t used it already, chances are you will in the near future.

And while there will be a learning curve, as with all new technology, at least you’ll be able to say your next building won’t melt anyone’s car!

Another Win for 3D Construction

We’ve heard a lot lately about research into 3D printing as a construction method. Since a new computerized construction technique recently won the 2014 Create 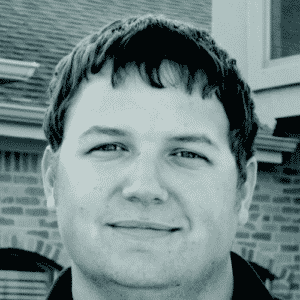 You are a Tech Champ at Work. Your Boss Doesn’t Get it. Here’s What You Can Do to Help Your Company Move into the Future.

New Guy (fresh out of business school): We need to implement this new software program that will save us tons of time, tons of money,